There’s no such thing in Paris as Boxing Day….it’s not a public holiday, and is just another ‘normal’ day. Paris is officially ‘open for business’, but it is apparent walking around that many small shops are taking advantage of the opportunity to take either a ‘long week-end’, or an extended break to the 5th of January.

A 4km leg stretch along the streets of the Marais results in a much needed petit dejeuner at Le Pain Quotidien in Rue de Victoires. A typical breakfast in Paris, it has a croissant, (organic) bread, juice and a hot drink. Not bad value at 9.90 euros.  The cafe isn’t particularly busy, service is prompt and efficient, and the breakfast delicious.

It is also surprisingly quiet at the Grand Magasins – the crowds in front of the Christmas windows are small, and the inside of Galeries Lafayette are actually tolerable – the quietest I’ve ever seen this department store.  Galeries Lafayette have a ‘Monsters’ theme for this year’s Christmas windows. They are designed to appeal to the kids, but even they don’t seem that interested – there’s only so much you can do with a bunch of fluffy stuffed toys with one eye. 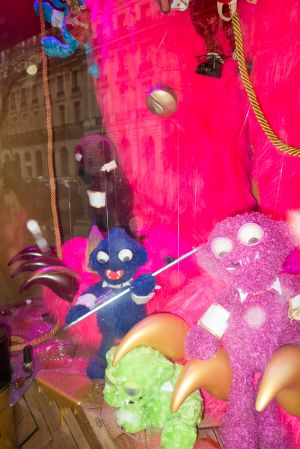 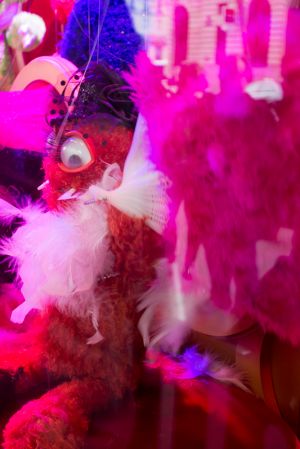 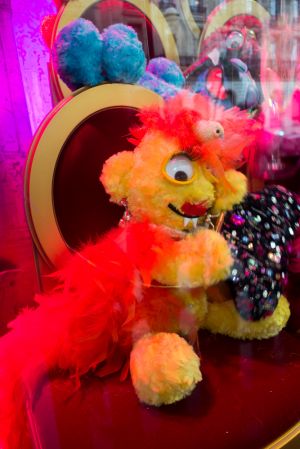 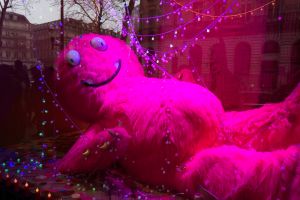 The Christmas tree inside the store has a twist this year – sponsored by Swarovski, it is upside down, hanging from the roof of the store by its roots. 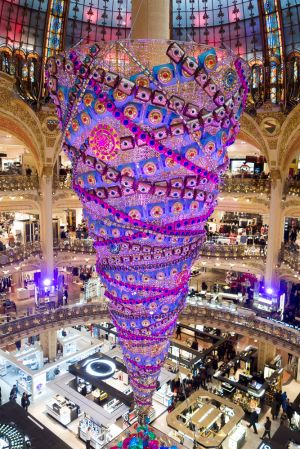 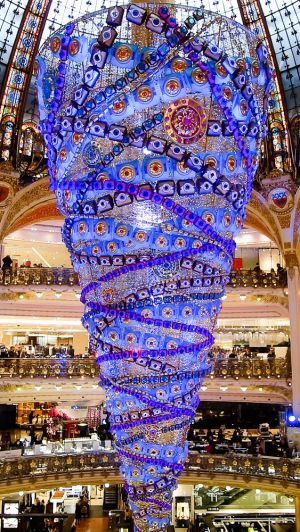 It also has its own version of the Eiffel Tower twinkling lights playing every hour….

This year’s product placement at Printemps is from Burberry, the first time a British label has sponsored the Christmas Windows at the Grand Magasin.  More visually interesting than the Galeries Lafayette windows, and there are more crowds around the windows. 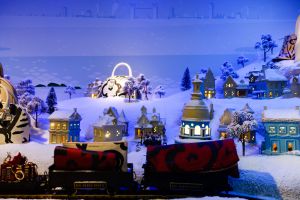 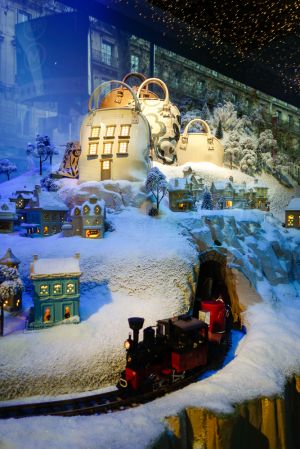 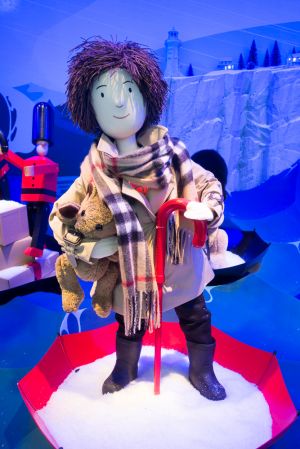 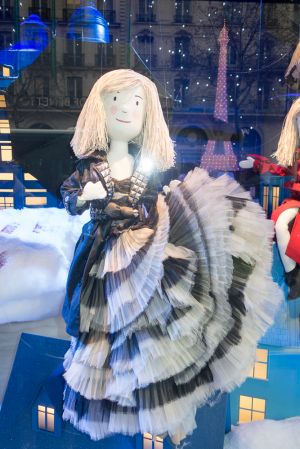 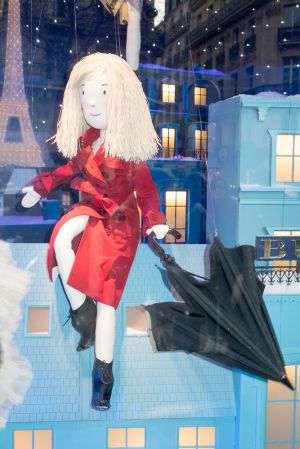 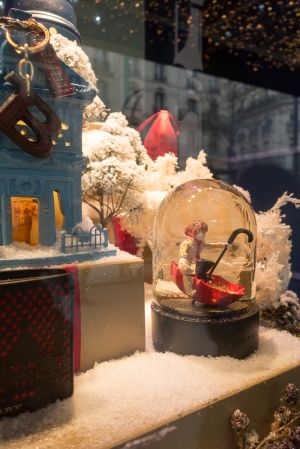 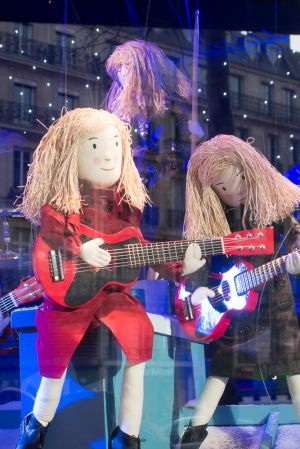 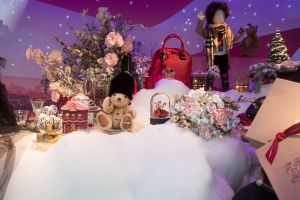 Inside the store, the decorations are simple and tasteful… 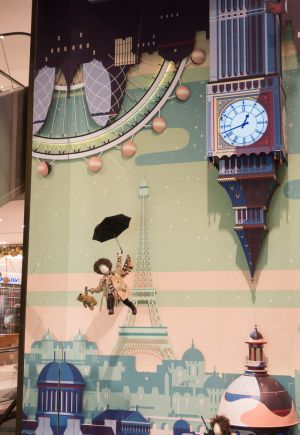 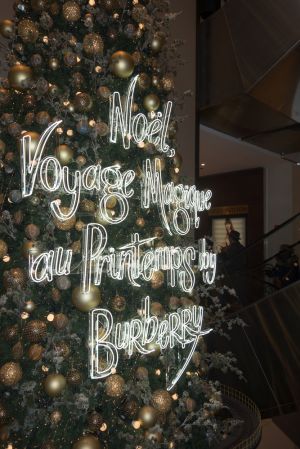 If I was a shopper, today would have been an ideal day to spend in the department stores – everyone seems to be worn out from the pre-Christmas rush and has stayed away. That being said, I’ve still managed to walk 11.5km from the apartment and back again. I’ve also passed the ‘dress like a local’ test – a French speaking woman stops me and asks whether Rue du Temple and Boulevard du Temple are the same street. Thanks to Google Maps, she’s now heading in the right direction!