Apparently Val-de-Grace will be open for visitors today. It is a long held ambition to see the interior of this church, build by Anne of Austria to celebrate the birth of Louis XIV. I have never gotten the timing right, but today it is meant to be open between 12 and 6pm. Val-de-Grace is just past the end of the Jardin du Luxembourg, which is about 5km on foot from my apartment. Along the way, I stop to look at the photography exhibition which is mounted along the fence of the garden. Celebrating 100 years of the Tour de France, it is a fascinating portrayal of the race over the years, including this one from the 1950s. 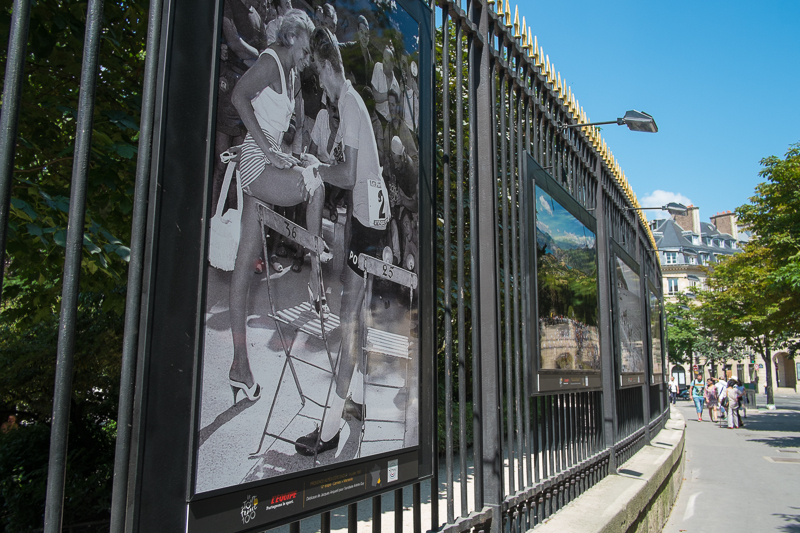 The gates of Val-de-Grace are open! Challenged by three guards as I walk to the ticket office, I get the feeling that they are not used to large numbers of visitors. This is indeed the case – a ticket to the church includes the museum dedicated to military medicine over the years and there are all of three visitors to the museum, including me. Val-de-Grace is part of a much larger hospital complex that has grown around it, and is a designated teaching hospital for the French military, which explains the security consciousness.

The church is access through the museum, which is interesting in its own right. The interior and exterior of the church are maintained by the military, and is in immaculate condition. It is quite austere inside, with pale ornate stonework that doesn’t distract the eye from the frescoes on the cupola. It is only later that I discover that despite my close attention to getting the autofocus points right on the Fuji X-Pro, I’ve knocked the lens onto manual focus settings, and screwed up every single interior shot. I’ll have to drop in again later in the week to redo the interior shots, but here is a shot of the exterior. 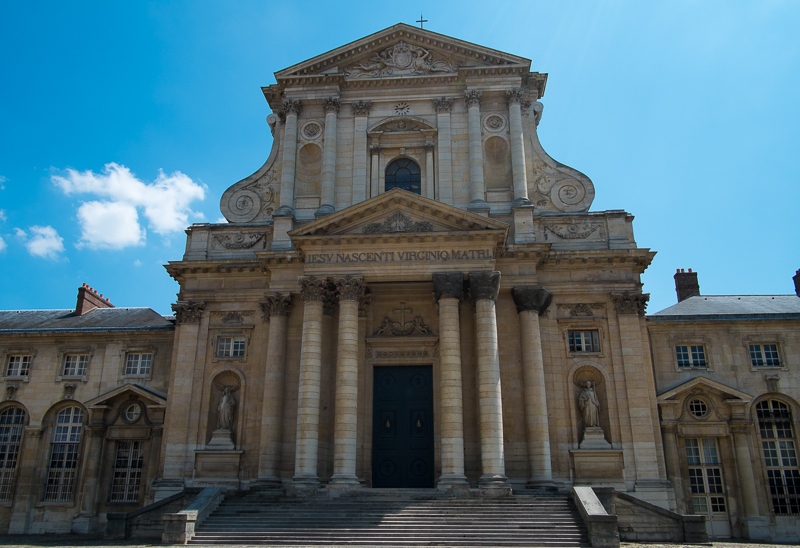 Later in the evening, I decide to stroll along the Seine, to check out Les Berges. This used to be an expressway alongside the Seine, which Mayor Delanoe has decided would be better dedicated to pedestrian use. This project has really delivered – and in multiple ways. There is bookable exhibition space, food outlets in converted shipping containers, art installations, rest areas, and floating pontoons with picnic areas in a growing garden setting. The city has even renovated the existing public toilets and added new portable units along the route. And there is still some guy pissing on the wall 50 metres away from the nearest cubicle. 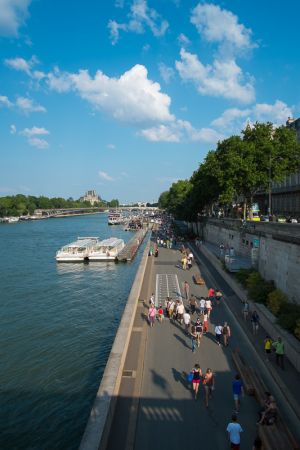 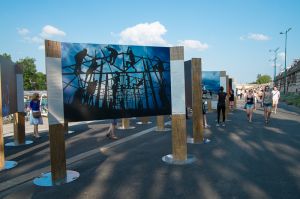 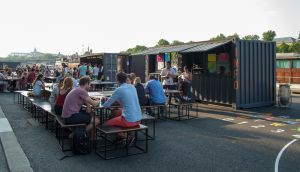 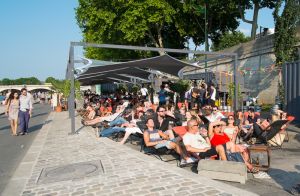 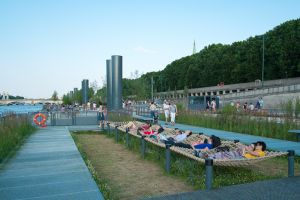 The relatively recently fitness conscious Parisian is also catered for – much of the seating doubles as exercise equipment, and there are specialised pull-up bars etc along the way as well. The end closest to the Eiffel Tower is not finished, and is currently occupied by Franprix (a supermarket chain) that uses the Seine to barge its shipping containers up and down the river.

All in all, it is a welcome upgrade to the Left Bank of Paris, and has generated a new youthful vibe into a fairly genteel area of Paris.