London to Paris in the fog…

A visit to London yesterday to visit friends means an early departure from London to Paris on the Eurostar. At 7:30am, London is in the grip of a ‘pea-soup’ fog, as seen in the photo below. This was taken from the 9th floor of the Pullman London St Pancras hotel, looking out over the British Library, with the St Pancras Renaissance hotel just behind it. St Pancras station is worth a visit to see Paul Day’s sculptures on the arrivals and departures levels, which I’ve written about in previous blog posts. 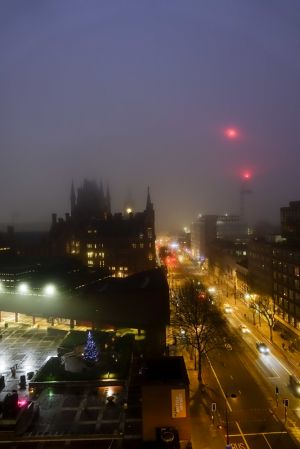 The Eurostar is busy, but gets back to Paris by midday so that I can spend the afternoon wandering around the Left Bank.  Le Bon Marche usually is more restrained than the Haussman department stores on the Left Bank, and this year is no exception. The sophisticated ‘snow’ theme inside is reflected in the Christmas windows outside. There have been some welcome renovations to Le Bon Marche over the last few years, and the second and third floors are looking fresh and modern. The Grand Epicerie is always worth a visit, although expect to be asked to open your bag and coat by security personnel, which must get quite annoying given how busy the store is on any given day. 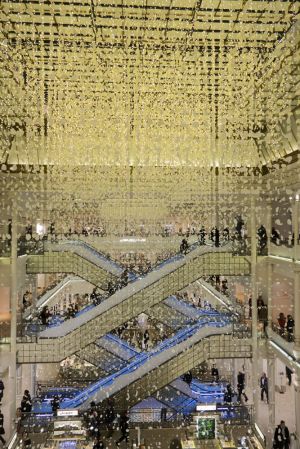 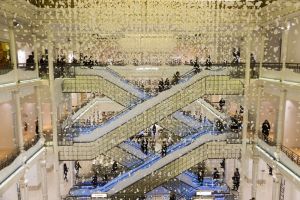 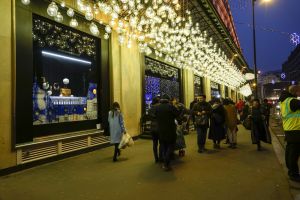 Jardin du Luxembourg has its usual photography exhibition on the iron railings. This year, the exhibition is called “Le Patrimoine, une Passion, des Hommes”, celebrating the 20th anniversary of the Fondation du Patrimoine, which I interpret as being the equivalent of the Australian National Trust. 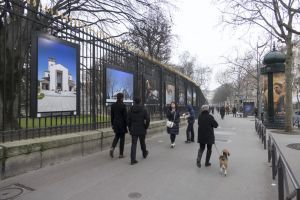 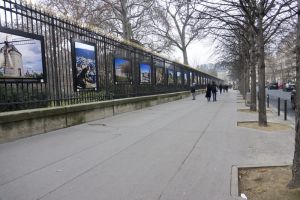 Back near Le Bon Marche, Rue St Placide has hit on a way of promoting its local businesses with Christmas decorations – put the name of the stores in lights across the street. Admittedly, it took me a little while to work out that ‘Karl Marc John‘ is a women’s and children’s’ wear boutique. 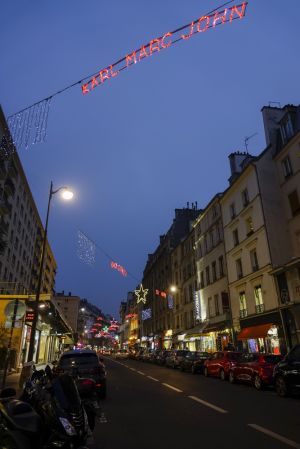 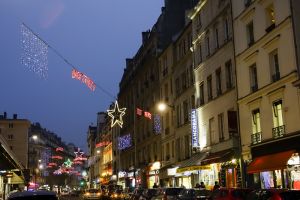 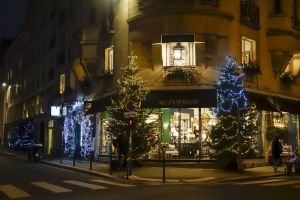