Overcast and raining in Paris for most of the day today. I’ve been lucky enough to be invited to a private party for tonight’s celebrations, so I spend most of the day obsessing over whether I’ll be under-dressed or over-dressed for the occasion.  Given I’m traveling in jeans and sweaters, chances are I’ll be under dressed, so wander around Paris keeping an eye out for something a bit more sophisticated to wear.

Along the way, I continue to test out the capabilities of the Sony Rx100M2. Galerie Vero-Dodat is a quiet passageway, notably home to Il Bisonte and Christian Louboutin boutiques. It also has an ornate frescoed ceiling which is a good test of the camera’s ability to render a sharp image of a painted image. 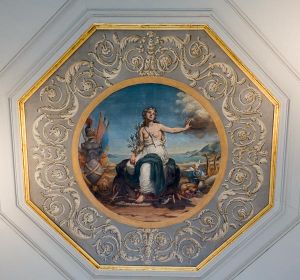 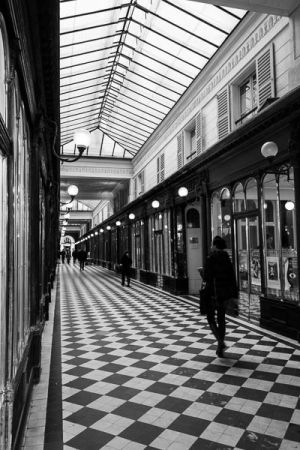 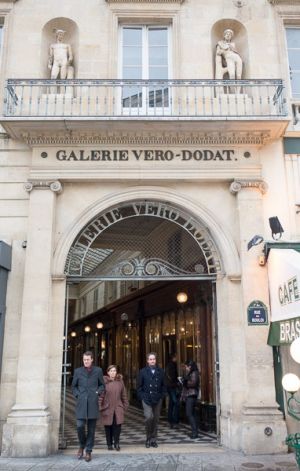 Galerie Vivienne in the 2nd arrondissement is my favourite arcade in Paris. It varies a lot in terms of how busy it is, but you can find Jean Paul Gaultier’s atelier tucked around the corner without any difficulty. 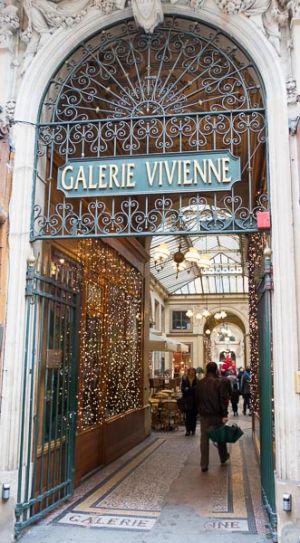 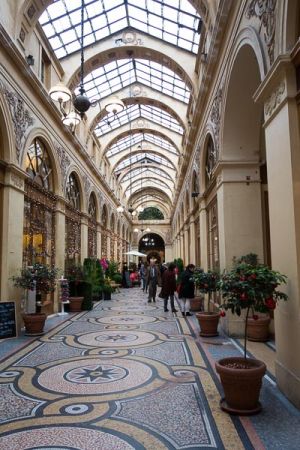 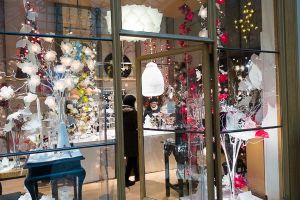 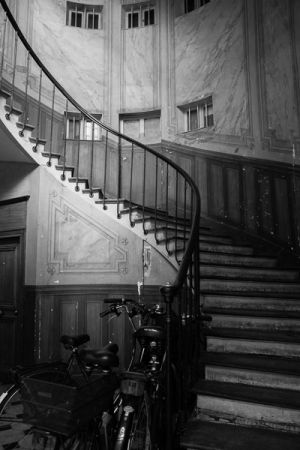 I wander around Galeries Lafayette for as long as I can stand it (no more than 10 minutes). Why do tourists insist on standing in groups blocking aisles? I finally find something suitable for the party in H&M – which is another madhouse of shoppers in its own right. I hate shopping about as much as I hate markets.

A pre-party stroll in the dark and rain around the 1st arrondissement allows me to test out the camera again in poor conditions. The Champs Elysees trip must have been beginner’s luck as my efforts in night scene mode are pretty terrible. I think the focus is being fooled by the rain, and there isn’t a way of controlling the focus that I can find in night scene mode. I get better results in High ISO mode around Notre Dame. 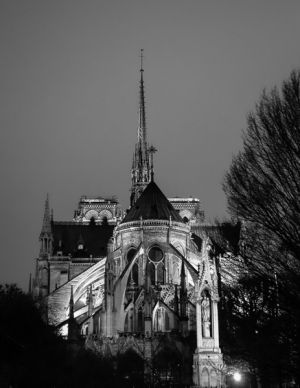 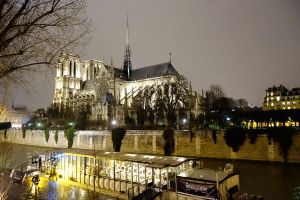 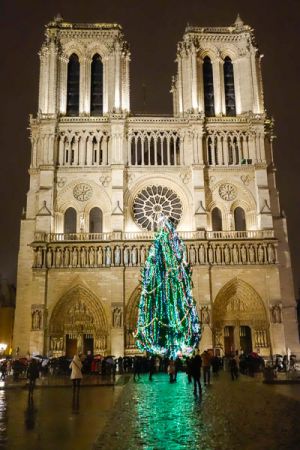 The image of the rear of Notre Dame isn’t quite sharp, but the side on view is, probably assisted by the additional lighting from the river boats. The Christmas tree in front of Notre Dame has been restored in the week since last Tuesday when gale force winds hit Paris and knocked the tree over.

I find the limits of the Sony at the ice skating rink at Hotel de Ville (incidentally a good time and good night to go ice skating – 6pm on New Year’s Eve there isn’t much of a queue). The Hotel de Ville has flashing led lights, spotlights, fluttering flags and rain – and most bamboozles the focus of the camera. High ISO mode does an okay job, but the better results are of the skaters. 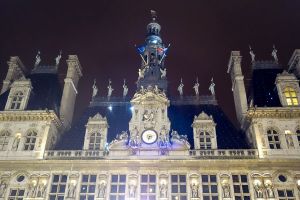 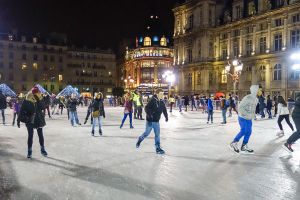 I’m the first to leave the party near Les Halles at 3am – no stamina on my part, coupled with sore feet from walking 10-17kms on a daily basis for 10 days. It’s amazing how many people are still out on the streets at 3.30am as I walk the 2.5km home to Bastille, including a very early morning dog walker!