It’s time to leave London on the Eurostar, and head for Paris for the night on the way to Hong Kong. The benefit of being close to St Pancras is that it’s a short roll of the luggage down Euston Road to the check in gates at St Pancras, and an even shorter walk to the lounge. The summer holidays means that the lounge has one occupant when I arrive a little under an hour before departure. I’ve splurged on a business class seat, and most of the carriage is empty, other than a family of four whose teenage son snores the entire way to Paris.

Eurostar offer a taxi booking service – if the taxi had managed to deliver me to the right hotel in Rue Scribe. The doorman at the Intercontinental has whisked my luggage away before I realise I’m at the wrong hotel!  Never mind, Hotel Scribe is just across the street and down a little – kudos to the Intercontinental doorman who insists on rolling my luggage down the street for me. It’s a one night splurge on my way home.

It’s 4.30pm in Paris, on a perfect summer afternoon – about 24⁰ C. It is the day before a national public holiday in the form of Assumption Day, and in combination with the traditional exodus of locals from Paris in August, the streets outside of the tourist haunts are almost deserted. A quick roam through Le Bon Marche, open until 8pm on a Wednesday, reveals virtually no customers and 3 floors of bored employees.

Reza’s exhibition along the Seine is winding down – his portraits of coffee workers is still in place on the Right Bank, but it looks like the walk-through exhibition of the Left Bank is starting to be dismantled. 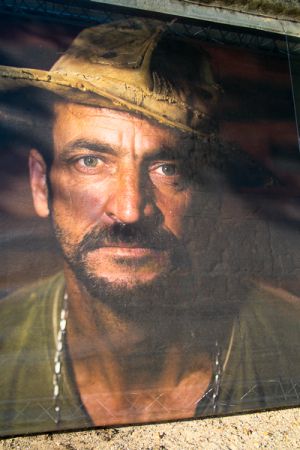 Paris Plages finishes in 4 days – this year it seems to occupy more of the Quai beside the Seine than I remember, and halfway through a 20km walk around Paris, I manage to commandeer a Seine-side deck chair for a rest at the quiet end opposite  Île Saint-Louis. All of the tourists are taking river-boat tours rather than walking around whilst it is quiet. 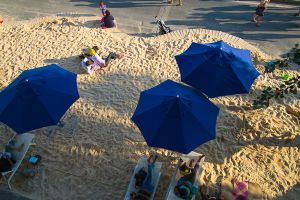 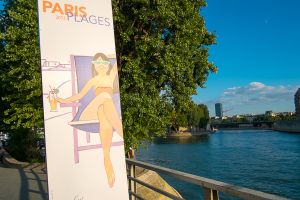 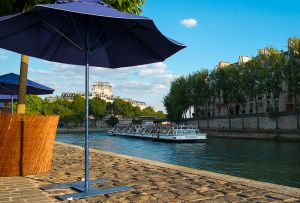 The sun is starting to set about 9pm, casting a nice warm glow in front of City Hall – 6 weeks ago there was a garden exhibition in the forecourt, now there is sand and volleyball nets as part of Paris Plages. 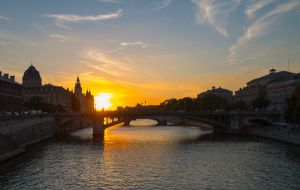 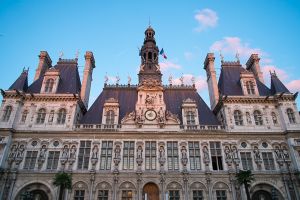 It turns out that there is a pilgrimage by river boat tonight to celebrate Assumption Day tomorrow. I just happen to be walking along the Seine at about 9.30pm when the first of the river boats bearing priests, nuns and pilgrims starts the procession towards Notre Dame. Ten or twelve boats of candle-carrying pilgrims go past my vantage point on the bridge leading to the Institute de France. 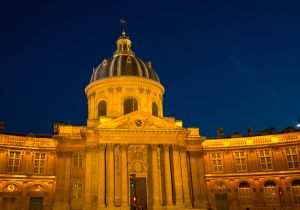 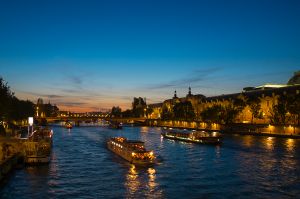 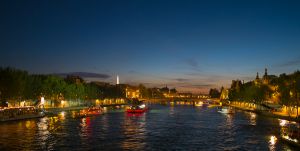 Cutting back to the hotel via the Louvre, there are is the obligatory bride and groom having their photos taken. The reflections of I M Pei’s glass pyramid are irresistable, and these shots are improvised using an iPad mini or my knee as a tripod. I’m quite impressed with the Fuji X-Pro 1’s low light performance. All of the shots in this post are hand held or balanced on a bridge/iPad/knee :-). 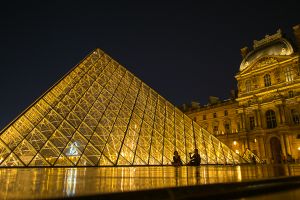 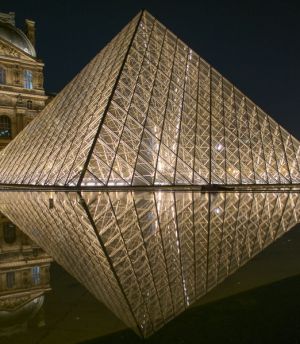